Which browser is best on Linux?

Curious what everyone thinks here. I noticed some browsers have issues when using VPNs for example while on a Linux PC. I have been using Brave for a while and seldom have issues with it so it has become my go-to browser. Which do you think is best? Which do you use?

I guess this depends on what distro you are using. Sometimes it makes a difference. Which are you on?

I would say Brave and Vivaldi are the two best in most circumstances. Midori is another option.

I have used Vivaldi and enjoyed it but I have found it easier to incorporate things on Brave which is why I switched to it. Firefox is another great option but I think people moved away from them for privacy reasons.

I’d say Firefox would be my recommendation for decent privacy. But I can’t lie, I use chrome on my personal PC.

I like to use opera and epiphany but that’s just a personal reference, best is to try it and see if you like it as well.

I’m tied to Chrome. I have thousands of saved passwords, and I cannot get them exported and then imported to any alternative browser. If I could choose/leave, I would use Vivaldi web browser on Linux: 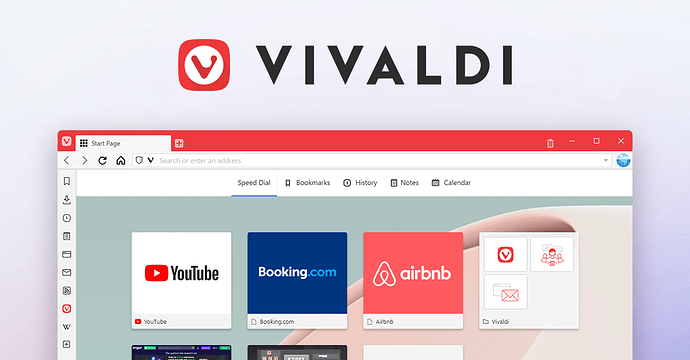 It’s a browser. But fun. It comes with a bunch of clever features built-in. It’s freakishly flexible and private too. Get Vivaldi for desktop or Android!

I think you’re correct. That’s the hardest part for me too. I have all my passwords saved in Chrome. I’ve tried exporting to BitWarden but I never caught on or liked it. It’s nice having passwords in my Google account.

I used Firefox for a long time but switched to Brave last year on Windows. Since moving to Linux, I just stuck with it because I was used to it and I have not had any issues.

I used Firefox for a while then switched to Chrome, then to Brave and have been with Brave since. I haven’t tried Firefox on Linux. Might see how that works out. Can use it as a secondary browser.

I read that Brave and Firefox are best which is good news for me as I use both in Windows already. I moved away from Chrome and Chromium a few years ago. Brave is my main and Firefox is my secondary. Knowing they both do well on Linux is a huge plus!

It was Chromium until Google removed Google sync from Chromium.