What are some pieces of software that are no longer developed that you miss?

The first that springs to mind for me is Fluxbox. I really enjoyed the minimalism on my low-end laptops back in the day and would definitely use it today if it could support Wayland and fractional scaling.

I miss Google play music, it had good Android Auto integration.
I also miss the old Google News app. It felt easier to use on Android.

I didn’t realize it at the time but Ubuntu had perfected the desktop experience. Gnome is coming close but it is not quite the same.

I miss so much,but rather it’s getting replaced with new and improved stuff i hope;)

I’ll leave Resetter right here. Is anything similar or is this built-in now?

I was going to mention Limewire as well. Really takes me back. So many people I knew used that site to get albums and burn CDs among other things. Back when the internet was a similar time! lol

As silly as it is, I miss both AIM and MSN. I used both of those in the late '90s and early '00s. I still wish they were around. I think it is kind of what kicked off the texting craze we have today.

At least there is still ICQ. Kinda’. “Oh ooowo!”

I was going to mention AIM. Didn’t they officially end it in like 2015 or something? I know it wasn’t that long ago. I was shocked it kept going. There are ways to use it still but it isn’t stable anymore. Now we are stuck with things like Skype (yuck) and Discord which isn’t terrible.

2 posts were split to a new topic: Check out Crunchbang++ Linux distro

Does anyone remember Napster? My first MP3 player was one that was powered and branded under Napster. I feel like if Apple didn’t gain so much traction with their iPods, it would have been the standard.

Does anyone remember dBASE? I could be showing my age with this one. I often wonder if they would still be around if it wasn’t for that horrible release of IV in 1988.

I thought this was funny: 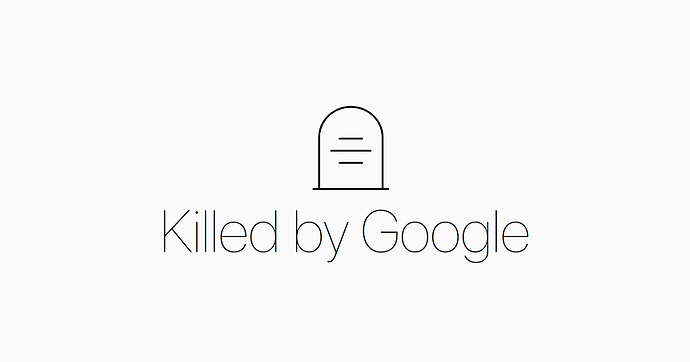 Killed by Google is the open source list of dead Google products, services, and devices. It serves as a tribute and memorial of beloved services and products killed by Google.

If anyone hasn’t seen it, it tracks everything Google has killed. Most of their newer items, they pretty much failed but it is interesting to look back. I had completely forgotten about Google Goggles!

I do. It was a final candidate, along with Informix, for our company’s effort to improve production yield (HeNe lasers). dBase was a serious relational database, as was Informix. Informix won because it ran on Unix systems, which made implementing data entry (by hand, 1983 or so) at various processing stations straight forward. The effort was a success, and it was my introduction to Unix.

I miss Mandrake Linux. Does anyone else remember it?