What Linux distro do you recommend?

If someone asks you what their first Linux distro should be, what do you suggest?

I think the distro itself doesn’t matter so much, but the desktop environment does. I usually suggest something with Cinnamon or KDE for Windows users and Elementary/Pantheon or Gnome for Mac users. What about you?

Edit by @hydn:
Also, have a look at this article: 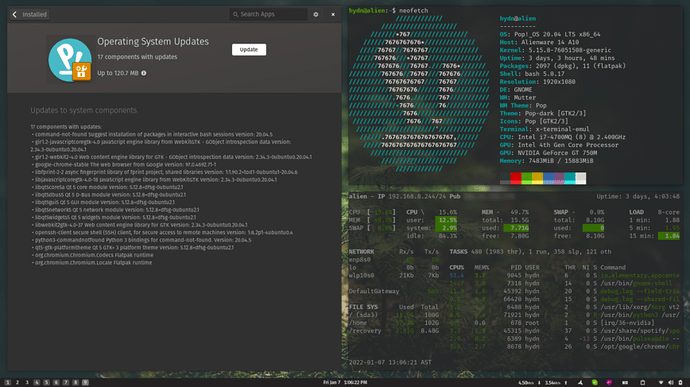 Best Linux Distros in 2022 for Beginner, Experienced and Expert users.

Anything Debian based. Most tutorials online relate around Debian, probably because of RaspbianOS.
I myself use Ubuntu, like many others. I’ve hardly ever have issues with future releases. It’s been pretty solid for years now.

As per the above article, my advice is to find your own best fit. Everyone’s experience level, patience, available time, preferences, etc will vary so much that Arch Linux might be the perfect distro for one new user but a nightmare for others.

This is fair. I guess it really depends on what you are coming from. Like if you are on an Apple OS, for example, you would probably want something different than someone coming off Windows. Arch is a good one!

I believe that Debian itself is ok for all windows users coming to linux.

Based on the people I have converted thus far, I too would recommend Debian as most of the people seem to have enjoyed it. It tends to be easier to adjust to since it functions similar to what you would find on Windows. Not sure about Mac though.

Lubuntu is nice, considering that users are usually coming from low-horsepower older systems, but the app stack can sometimes be a problem; For example, Thunderbird is documented well on the web, alternative apps like Claws/Slypheed not as much.

I wanted something most like Windows 10/11 and was recommended Zorin so that is what I will be starting out with right now as a complete noob to Linux. Based on what I read and saw, I think it will be a good match. I will report back!

I have experience on installation in recycled hardware for people without resources, or without storage. One distro that I implemented is AntiX Linux, that runs fine from USB or storage. Updates could be too from USB (Not connected zones, or no Internet Access). Is easy to use and has a broad support for languages and desktops.
Regards.
Santiago Frias
Tech Developer.

@kweiske I checked out the Lubuntu website and only just realized they switched from Lxde to LXQt. Thanks! Had not used Lubuntu in years! Looks worth checking into.

I started using Lubuntu back when I had an old single-core Thinkpad, but found the UI capable enough that I kept using it well into the dual core and quad core days.

It makes a great VM OS, too, because of its low overhead.

Ubuntu 22.04 is actually really good. Although consider using distros tailored to you.

I work for a FOSS company and as such all staff, regardless of role, are given an Ubuntu desktop as their work device. To date there is very little ‘culture shock’ encountered as it is familiar enough that people can get up and running almost immediately.

The default build is also Puppet managed by the desktop support team so less technical users do not have to work too much about patching and security. They do also support the option of ‘build your own’ which is nice for those that like things ‘just so’.

Personally I have tried various OS distributions in recent years including less mainstream option such as Pop OS! and Solus and while they do provide some nice desktop options I invariably end up drifting back to Ubuntu as it seems to get the best of support while having option to play around with different window managers.

If you’re going to recommend slackware to expert users, I think you should also consider adding void-linux to the list. It has enough unique features that I think it deserves a mention at least. Cheers

I used debian based distros ( mostly mint) for many years. Last month i wanted to try endeavouros.
I love it. it is arch but with ease installation. I am a developer and need some software to be up to date and this rolling distro granted me updated software without losing time to add repositories.
I just type:
$ yay
and i have all system updated.
For now i can just advise to try it.

I love rolling releases also. Great suggestion. Thanks for joining our community.

I broke way too many rolling release distros lol