Anyone have a good open source software to manage multiple Linux servers?
I have a PI, small NUC, some USFF PC’S.
I need a console/dashboard to see if any are pending updates, software, resources, etc.

The best I’ve used has been Nagios, Zabbix or maybe you would be interested in something like rport or ipmonitor.

Would those let you console in? I was looking at Cockpit from Redhat as well. That seems to fit the bill.

rport does SSH, RDP, VNC but not sure about console. I use Remmina but not to view updates etc. Just to save logins for a large list of servers which allows one-click connect after entering master PW.

Zabbix is the only one I have experience with. It seems to provide an all-around package that is easy to use. Mind you, I am not big into managing servers.

I get by with:

I’m planning to implement prometheus and grafana to monitor server state - I’ve done the installs but need to find meaningful dashboards, and then do alertmanager as well to get alerts.

Thank you for the reply Morgs

I do have unattended upgrades on my VPS as it’s exposed to the internet all the time.

I’ve heard of ansible but never used it. Does ansible have a ui?
I was looking more for a solution that has a web interface with a agent on the box, but couldn’t really find that solution.

The closest solution I found to a ui-based project was was the cockpit project from Red hat. It will allow you to set up cockpit on one server and within the UI you can add additional servers via SSH keys.
Cockpit actually works pretty nice, I would highly recommend it.

I love garfana and prometheus.
What I do is I go to the garfana website and I find dashboards. And then I ripped them apart I adjust them from my needs and I add more and more panels.

I haven’t used alert manager yet. Although I should set up alert manager because I’m monitoring my SSH logins by a loki and it’s very beautiful. 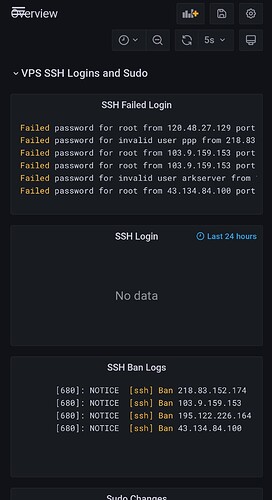 Ansible is a python-based DevOps system to script installations. You define installations in yaml files, and it ssh’s into all your machines as defined in various groups, and does the actions specified - installing software, updating config files etc. It’s great for setting up new machines in a consistent way, and updating your whole “fleet” to the same setup.

For example, I use it to install a web stack on web servers, including nginx and certbot for LetsEncrypt, and running certbot to generate the certificate, etc. A few minutes and a new VM is fully set up.

It does take a lot of work to script everything, but in the end it’s worth it - I have a project coming up to redeploy a company’s whole hosting environment on a different cloud provider, and I finally have the whole stack scripted so it will be quick to do.

I do wish that there was a UI tool for server management - I tried Canonical’s Landscape some time back and it was great for installing updates, but didn’t cover everything I wanted - and beyond the free tier it’s $$$!

You might want to take a look at Webmin. It is installed on each server and accessed via the web. It support virtually all flavors of Linux and allows management of multiple servers. www.webmin.com

Welcome to the community! That’s a great suggestion. I will add it later to our wiki-post as well:

This is a Wiki post; a wiki post is a special type of post that any member of our community can edit! Join me in editing and populating this Wiki post by sharing tools, scripts, cheat sheets, etc., that you frequently refer to or have saved to your bookmarks. Backups Timeshift: System restore tool for Linux. Benchmarking Bench-scripts: A compilation of Linux server benchmarking scripts. Security rootkit hunter: Checks for root kits and removes them fail2ban: Daemon to ban hosts that …

I used to use webmin back in the day but I removed it when the back door happened. I couldn’t trust it after that. 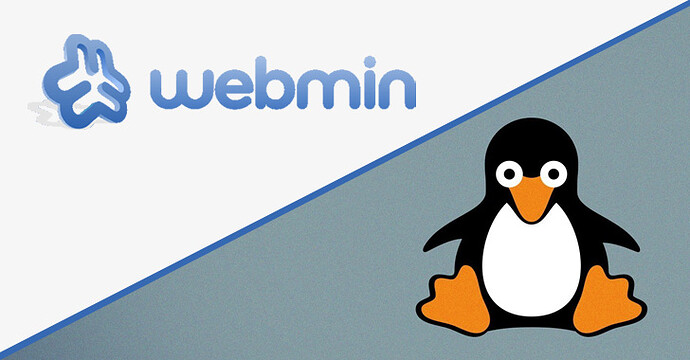 I switched over to cockpit from Redhat.

@morgs does what I do – Ansible to deploy a common config to systems, and then I use screen (never was able to switch to tmux, but whatever) because I know my connection will die at some point. I personally ssh to a central server (basically a jump box), and make my SSH connections from there, but per-server tmux/screen is fine too.

Also, I am moving to a IAC (infrastructure as code) setup, where 100% of the administration is done via Ansible – and, I’m starting to treat the servers as immutable, even though they aren’t immutable. That way, I always know that I can rebuild any server at any time… and I can always upgrade by deploying a new VM (part of my Ansible deployment code is to upgrade the distro to the latest patchlevel).

I mentioned elsewhere that I run a cluster of about 650 Linux servers at work; we use a similar setup there, using Salt today (moving to Ansible).