Experiences of Ubuntu Jammy and Kinetic on the RasPi 4

I first used Ubuntu on bare metal in 2020-ish with the release of 18 (Bionic Beaver) and I was not impressed, which might be a slight understatement. It often had slow downs, lockups and chromium would freeze ever 5 minutes. This trouble was consistent in every update up to 21.04 (Hirsute Hippo) in which 21.10 (Impish Indri) brought some performance improvements but still locked up.

With the recent release of the new LTS version, I gave it another spin and was quite impressed. It gained massive performance boosts and is pretty stable… to an extent. There have been some issues I have encountered like systemd-oomd considering everything a candidate to be killed. Even the gnome-shell although the occurrence happens much less, so make sure you always update because you never know what they have patched. So there have been places in which apps have gotten killed whilst I’ve been away making a coffee and sometimes I lose the entire session which boots me back to the login screen only half the time and sometimes it just freezes. That’s the worst I have experienced. Other experiences are minor like an error on the zram module not being configured correctly which is now slated for a patch to be released (fix later on in this) or on a fresh boot, getting a little window which immediately tells me Ubuntu “had an internal error” which does not look good.

As I quickly glossed over, There is an issue in which, if console is set to TTY0 in the /boot/firmware/cmdline.txt then for a split second, you will see an error to do with zstd and z3fold “missing” from the kernel.

I reported this bug at their bug tracker in which a temporary fix is to use the following commands to enable the modules and update the initramfs file in which I state kudos to the developer on being extremely fast with his reply that included the solution.

You need to go into root temporarily.

Then use the following commands.

Finally, you can reboot to apply the new changes.

Increasing the size of your swap is a good thing to do as it can get filled quite quickly, especially on lower RAM models. This is because the default allocation is 1 GB which used to trigger systemd-oomd a fair bit however the patch has been released for a while now.

If you are going to do this, I’d recommend no less than a 32GB MicroSD. Then use the following commands. Although make sure to customise the amount so you don’t allocate so much, you barely have storage.

And it should be increased in size. And just so the SD Card is not written to so often and slowing everything down, you can add vm.swappiness=40 to sudo nano /etc/sysctl.conf. The default value is 60. Once doing that change, run sudo sysctl -p to reload the configuration.

I am currently doing beta tests so here are my initial impressions. Most issues from jammy are fixed. Still need to do the swap fix though.

Get ready for a nice treat as I’m going to give you some screenshots.

Gnome Shell has gotten the 43 treatment including a new power menu and settings which you can see below. 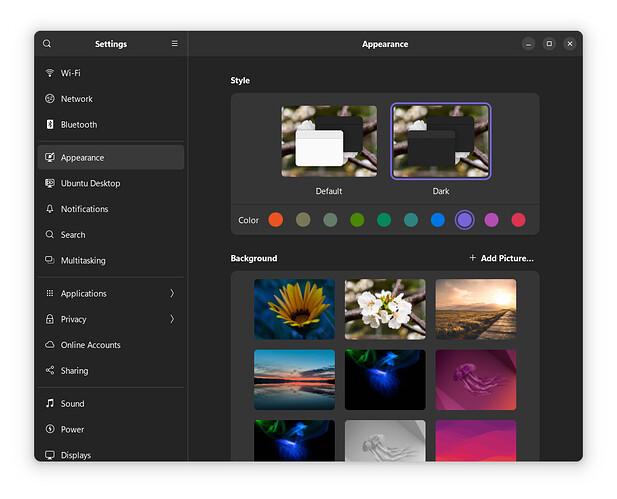 Nautilus also got the same treatment although can crash due to an issue from 10 years ago re-occurring; this may be patched. I do not care if you email me. 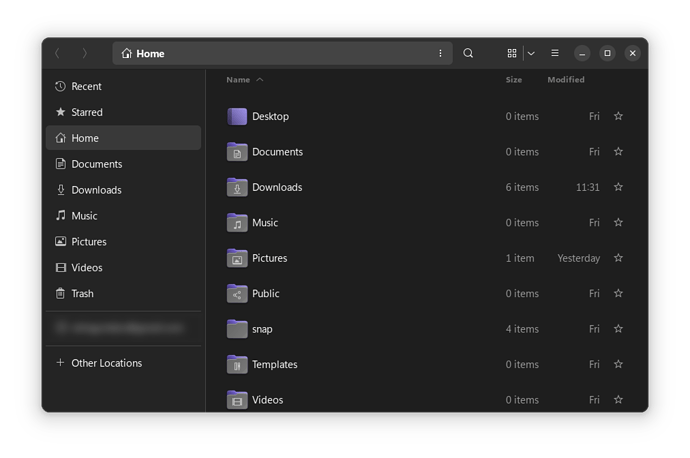 Apps are fully updated on the ubuntu repository to the latest versions including backups. Not all apps are libadwaita yet but I’ll see if I can add/request an improvement to make yaru GTK styles consistent with LibAdwaita since currently - legacy apps stick out like a sore thumb.

The kernel issue is fixed as far as I know

. Best of all, the infamous webkit bug that prevents you from seeing the pages correctly via a garbled mess is fixed. Most notably in online-accounts. 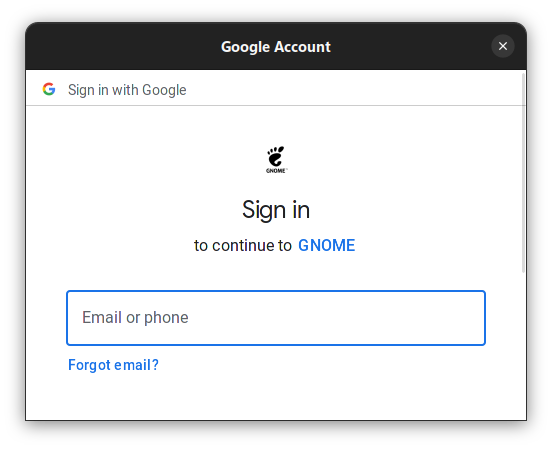 This is generally something I can’t wait for when it releases in October!

If you know of any issues, feel free to tell me an I’ll append it with credit!

Thanks for sharing this with us. Very informative. I’ve seen a bit more of those crash report boxes than I’m used to with a Linux distro. But I’m sure with LTS it will become increasingly stable and nearer to bug free.

Yeah. Sometimes I got kicked out of gnome-shell on jammy. Fixed on 22.10! Although sometimes the desktop flickers.