We are talking old hardware, like an old Dell a Pentium processor and 1 gig of memory. Which would be better i3wm or LXDE?

I3wm would run lower in ram in my experience,but depends if you are willing to sacrifice “looks” for the extra savings.

Both will run fine on older hardware,the Lxde would give you more of a “real” feeling from the pc(real desktop ish)

I would say it depends on you skillset and what you are gonna do mostly when using it,comfort-level i would say👍 However for maximal ram savings,i would go i3wm if my goal was to lighten up as much as possible.

Worse case: Test both to see what you enjoy the most,if you have 1gb ram my belive is that you would not “feel” the effect from saving the extra amount of ram as you can run both okay i think:)

I really love i3. This was my setup: 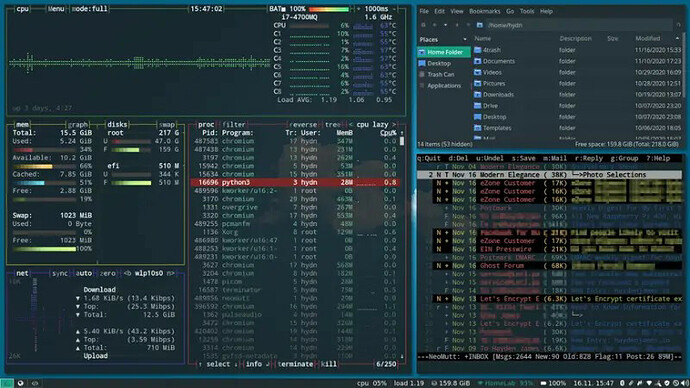 Made me curious about gnome + pop shell.

Looks very much like i3! However, the you retain the benefits of full Gnome DE which is really cool!: 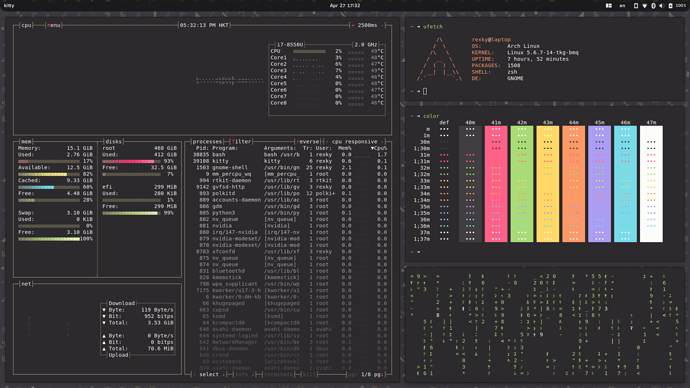